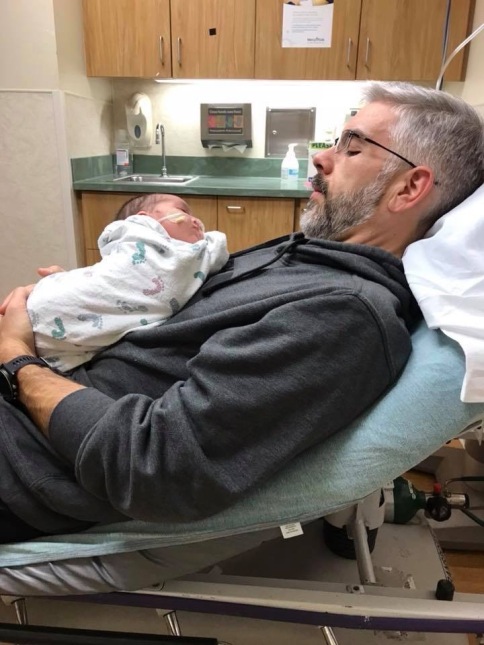 Treadmill run as the temperature outside is below 20 degrees Fahrenheit, and I don’t have gloves or tops warm enough right now. The run was good considering I’m battling a cold or RSV, not sure which. I did the second mile at 7.7 MPH (7:47/mile pace), so that’s probably the fastest mile I’ve ever run. Ended with a comfortable jog and did some planks after the run. Core work will need to become part of the routine.

Christmas in the hospital is no fun

Baby Girl’s RSV progressed slowly the rest of Christmas Eve into Christmas Day, but by the evening of Christmas, it had us VERY worried. We decided to take her into the ER to have her looked at, and, because she’s only 3 weeks old, they admitted her. So we spent three days in the hospital, with Baby Girl on an IV (precautionary, though, as she was still eating well), and oxygen. Nothing like the look of a newborn with tubes up her nose…

But, thanks to Baby Girl’s resiliency and the dedicated work of the doctors, nurses, and staff, we’re back home and she’s fine! She’s eating even more now, which is fantastic, and she’s sleeping well. The Wife and I still have our own complications from the RSV to deal with, but it’s not nearly as difficult on adults.

Now that this is over, I can get back to running more. I won’t hit this week’s goal of 30 miles, but I should be able to get in runs to finish off the week and back on schedule next week.

View all posts by Adam

One thought on “It Actually Happened”